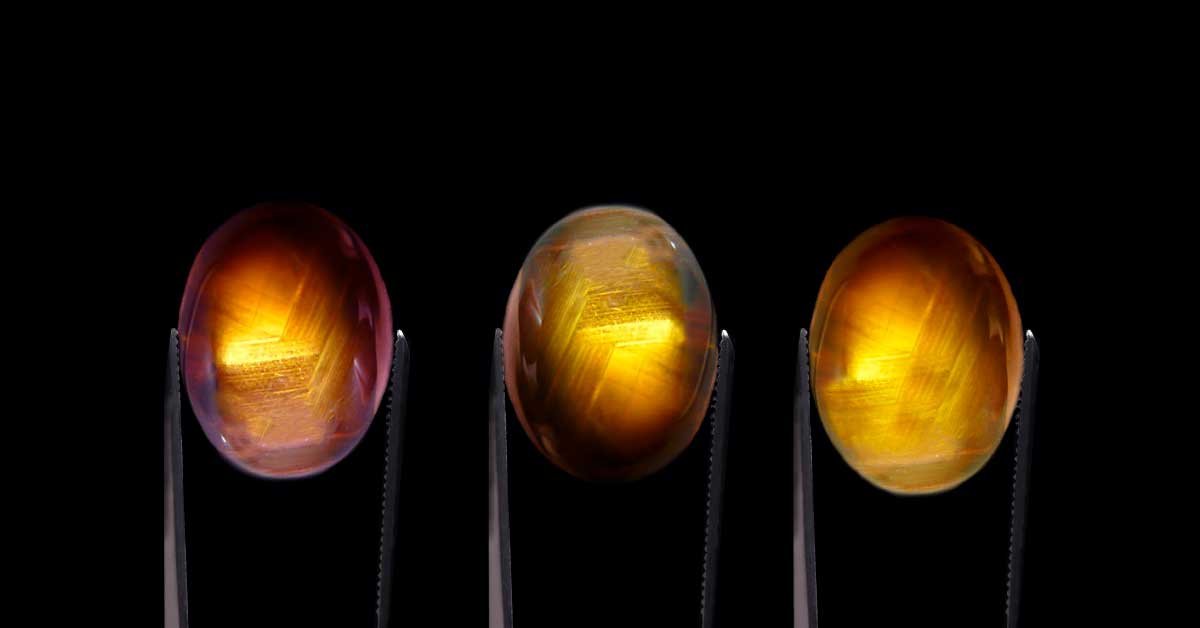 Star sapphire is unarguably one of nature’s magical wonders. Popular stones like blue sapphires, rubies and emeralds have always overshadowed this fine gem. It has something to offer beyond the pure brilliance and fire of a diamond. The beauty of the star that appears under bright light is fascinating and almost sorcery. This article intends to serve as a start to finish guide on the finer details of star sapphires.

What Makes the Star in a Star Sapphire

The phenomena known as asterism is what makes the star sapphire a true marvel. Star sapphire belongs to the gem type known as corundum. Corundum is chemically made out of Aluminium Oxide. However there could be traces of foreign materials like titanium oxide otherwise known as rutile that gets included into the corundum during the natural formation process. These rutile grows almost as tiny needles inside the corundum. When illuminated with light, these tiny needle like rutiles of the gem reflect the light and create the rays that give birth to a magnificent star.

In other words the asterism of a sapphire occurs due to the chemical impurity of the gem. More commonly you can find intersecting 6 ray single star sapphires. In rare occasions, apart from usually expected rutile impurities we can also find gemstones with traces of hematite and ilmenite that can create a twin star.

How to Select a Good Star Sapphire

A good star sapphire is almost always subjective and a matter of personal opinion. But it is necessary to establish some basic parameters to help judge the quality of a star sapphire.

Star sapphire can vary between being transparent to translucent and completely opaque. The amount of rutile present in the sapphire also commonly known in the industry as ‘silk’ govern how much light that can pass through the stone. More silk means more opaqueness of the sapphire which tends to produce an inexpensive gemstone. However a certain amount of silk or rutile is needed for the stone to exhibit the asterism. Therefore the judgement of a quality star sapphire becomes quite tricky.

Other main factors are the intensity of the body color and the sharpness of the star. Blue and red (ruby) star sapphires are considered expensive when coupled with evenly legged strong asterism.

Linde is a name synonymous with the production of synthetic sapphires that showcase asterism. The first synthetic star sapphires were produced by Linde Air Products Company of New York as far back as 1947. These were widely known as ‘Linde Stars’ in the industry.

How to Find a Synthetic Star Sapphire

The main feature of a Linde Star Sapphire is a prominent star with straight and even legs which otherwise rare to be found naturally. They were produced in different colors and an untrained eye cannot easily differentiate them from a natural sapphire except for the ‘too good to be true’ star. Linde stars usually have a little ‘L’ engraved in the bottom of the stone but you may find Lindes without the engraved letter as well.

Synthetic stars will also lack the zoning of the sapphire that is usually seen in natural corundum. Therefore the body color could be unnaturally even and intense throughout the stone.

Some believe a synthetic star will not move or follow the light when the gemstone is tilted to different directions against the light source. But this belief could not be true because a synthetic star also have the rutile inclusions similar to a natural star. An accurate verdict can be given only up on close and magnified inspection of the growth of the rutile needles.

Another form of stars that can be found in the market are the diffused star sapphires. These sapphires may not necessarily be synthetic gemstones all together. Rather natural sapphires enhanced by a process called diffusion to enhance the star. This is a again a process of heat treatment where foreign materials are diffused into the stone to artificially enhance the color and asterism.

Diffused stars will have the artificially sharpened asterism only to a tiny bit into the stone. Therefore the enhancement will diminish when the sapphire is re-cut or re-polished uncovering the previous and original state of the gemstone.

The Cut of the Star Sapphire

Unlike the faceted sapphires like blues and rubies, the star sapphire should be cut in to cabochon shape for the asterism to occur. Cabochon is rather a polished high dome and used widely for moonstones and stars.

A fine cabochon should be symmetrical on its top view and should be with decent height to demonstrate the star even when slightly tilted. Therefore cabochons tend to be of significant height so make sure it can be properly mounted on to the jewelry setting. A too shallow cut cabochon on the other hand can be too transparent to produce a clear star.

How Much is a Star Sapphire Worth?

During the process of heat treating a star sapphire, the needle like rutile silk gets resolved into the corundum making the stone more transparent and evenly colored. After heat treatment the star will disappear as there are no rutile left in the gemstone to occur the asterism. Therefore natural untreated star sapphires have become more and more rare and synthetic sapphires has largely overtaken the market.

Blue star sapphires and star rubies are usually priced high. Black stones with gold star are less expensive. However the price will largely depend on the intensity of the gemstone color, level of transparency and the prominence of the star. Thus the price one have to pay for a good quality star sapphire can vary largely. It is must to have a reputed lab report to accompany the stone whenever you pay a higher price.

Though not so much popular as diamonds, emerald or blue sapphires, star sapphire is a fine precious stone for engagement rings, bracelets, earrings and pendents. The grander cabochon cut of the stars can make any jewelry standout and distinguishable. The emergence of the mystical star under bright light will no doubt get you the undivided attention.

Star sapphire also rank 9 in Mohs scale is quite durable and possess the ability to withstand the wear and tear of time. Stars are particularly easy to clean and will save you many trip to the jewelry shop. If you can find a good quality star sapphire, it is a superb yet relatively inexpensive choice to mount on to any type of jewelry and enjoy this fine wonder of nature.

2 thoughts on “Star Sapphire: A Start to Finish Guide”