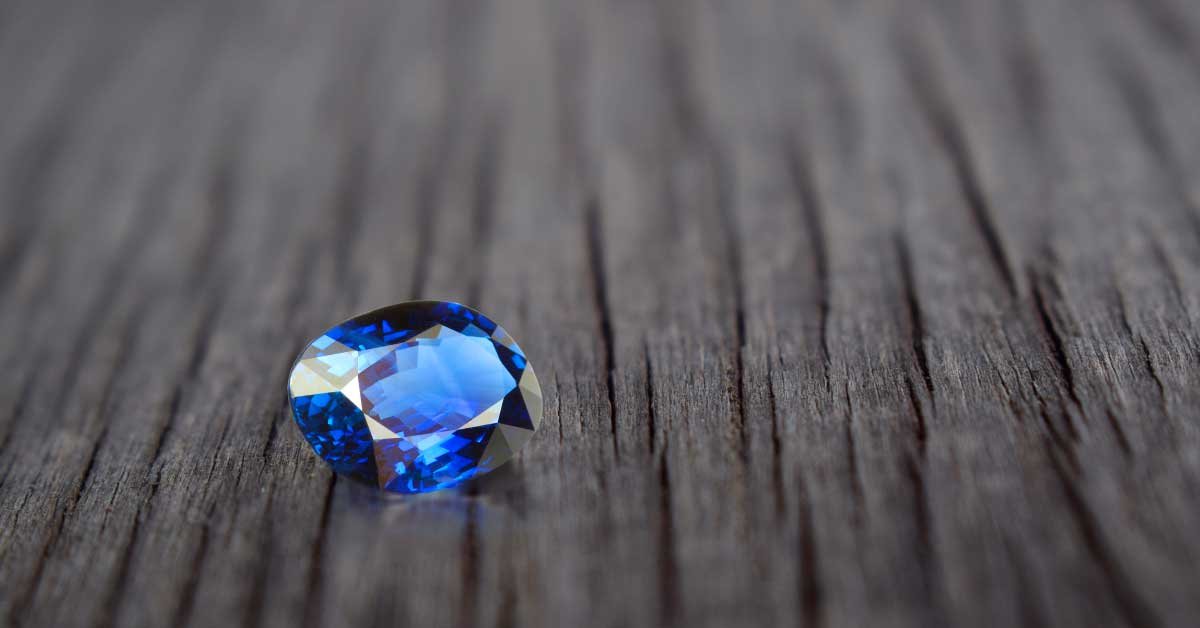 Where Do Ceylon Sapphire Come From

Ceylon was the historical name of modern day Sri Lanka. The evidence of the gem industry in the country dates back to 500 BC. It is estimated through scientific research that gemstones found in Sri Lanka were naturally created as far back as 800 million years ago.

The biggest gem in the world known as ‘Star of India’ that weigh 563 carats was actually found in Sri Lanka. The unusual double star sapphire is currently lying at the America Museum of National History in New York.

Sri Lankan gem miners still use the traditional techniques to extract raw gems out of the earth’s crust. The amount of sapphire and the pace at which they are been found in this tiny island is quite fascinating.

Types and Colors of Sapphire Found in Sri Lanka

Anyone who wishes to purchase a Ceylon gemstone must at least know the available pool of variants before making a choice. The type of the sapphire depend on two primary factors. Physical properties and display properties.

The principal physical property of a sapphire is the hardness. Mohs hardness scale is used to measure the scratch resistance of the gemstones. Specific gravity is also a widely used physical property parameter of sapphire.

Gemstones produced in Sri Lanka are no doubt long been regarded as the best. One might ask what is so special about Ceylon sapphire? Well before you arrive at a verdict, let’s examine what defines the value of a gemstone.

The key determinants of the value of a sapphire are,

Sapphire are also found in Brazil, Pakistan, India, Thailand, Madagascar, Africa, Australia, Burma and Russia. But all these properties are hard to come by. This is where Ceylon gemstones take the lead by having much of above properties to an even and greater extent. Thereby the Ceylon gemstones naturally earn a special place in global gem trade.

How Much Does 1 Carat of Ceylon Sapphire Worth

The popular belief is that Sri Lankan sapphires are quite expensive. Which actually is not the case. More the middle men come into the picture, more the commercial value of the gemstones are.

We have done a study of the gemstones market prices in Sri Lanka and international resellers based out in US and few other countries. Following price guide is prepared based on a detailed analysis of the pricing we see in the open market.

An industry that dates back 2,500 years has no doubt acquired a wealth of knowledge. The expertise of Sri Lankan gem miners and gem cutters are profound and remarkable.

The techniques used to cut the gemstones have evolved over the time period to a greater extent earning significant foreign exchange to the country. The government has put restrictions to avoid exporting uncut gems to retain the value additions within the country.

Mild heat treatments have also emerged to enhance the color and consistency of the gemstone. But anyone who wants to buy an all natural gem can simply figure the treatment history with a lab report.

Gem exports out of the country is facilitated and controlled by National Gem and Jewelry Authority. Checking of the quality of the gemstones and the fair price is always examined to make sure the sustainability of the country’s gem trading industry.

Importers need to first agree on the purchase price upon close examination of high definition gemstone photos taken in natural and artificial light preferably in different angles. It is always advisable to request for gem testing certification from the vendor. Ceylon Gem Laboratory, Gem Testing and Certification Laboratory and Center for Gem and Jewelry are some of these independent testing facilities available.

Sri Lanka holds US GSP (General System of Preference) facility. Thus imported gemstones into United States can be customs cleared without duty. However this requires to present the country of origin certificates. Sapphires not accompanying a country of origin will be subjected to 10% duty.

Gemstones can be imported under international postal service, EMS or via a reputed courier service like DHL or Fedex. Valuable gemstones should always be insured prior to uplift.

Diamond has long been the first choice of the engagement rings. Diamond tops the hardness scale at 10 and diamond has a superior brilliance. However the attributes of uniqueness and the rarity of the stone is almost equally shared with sapphire too.

Thus sapphire can effectively alternate diamond for building engagement rings. Blue sapphire and white sapphire made engagement rings can be frequently found even within the wealthy community who has no problem in affording a diamond.

Blue Giant of the Orient – Whopping 466 carat blue sapphire found in Sri Lanka back in 1902, the largest blue sapphire in the world. Currently with an unknown British private collector

Blue Bella of Asia – Oddly found in a Sri Lankan paddy field, this blue Sapphire is worth 395 carats . Last known auction price was 17.29 million dollars back in 2014.

Always use the support of a gemologist or recognized certificate to confirm the authenticity of gemstones. Some of the fine features as well as flaws of the Sapphire are beyond noticeable to unpracticed eye.

You can read more valuable information about selecting and finding a fine sapphire and gemstones here. Please feel free to post your comments down below.